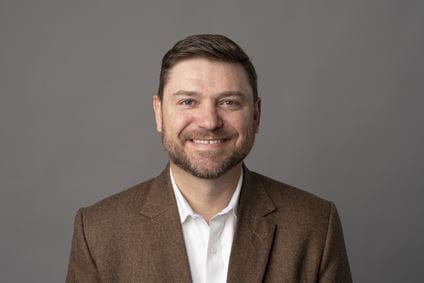 Tektronix has named a brand new president. Christopher Bohn, the corporate’s vp of worldwide gross sales and operations, will take over from Tami Newcombe, who held the position of president for the previous 4 years.

Newcombe has been transitioning from main Tek to taking the position of president and CEO of mother or father firm Fortive’s Precision Applied sciences phase (Tektronix is considered one of Fortive’s working firms.)

“Chris is the pure subsequent chief of Tektronix. I’m sure that he’ll proceed – and progress – the exceptional development journey that Tektronix is on,” stated Newcombe. “Chris is a collaborative chief, who values teamwork and prioritizes the expansion and improvement of his groups– naturally bringing collectively individuals to leverage their distinctive abilities, skills, and data to realize a typical objective.”

“As an engineer, veteran, and enterprise chief, I’m drawn not solely to technological innovation, but additionally to the tradition and processes which have supported profitable firms,” stated Bohn. “That tradition — and the enterprise processes that allow development in each income and innovation — are what really set a company aside. I’m proud that Tektronix continues to spend money on the perfect individuals, merchandise, efficiency, and high quality for our clients.”

In different take a look at information:

–Teledyne LeCroy, in the meantime, launched its SierraNet M1288 protocol take a look at resolution for troubleshooting from the bodily by way of software layers for Ethernet visitors as much as 800G.

–Siglent Applied sciences introduced a brand new, eight-channel low-profile oscilloscope geared toward semiconductor producers and embedded design. The compant instrument helps bandwidths of 500 megahertz, one gigahertz and two gigahertz with a excessive sampling charge, and presents eight analog channels with the choice to increase the channel rely to 512 analog channels.

–Rohde & Schwarz is gearing up for its third annual Demystifying EMC occasion as a mixture of a digital occasion over a number of days in February, adopted by a sequence of in-person occasions. The convention will function throughout three international time zones on February 7-8 for European markets and on February 8-9 for Asia Pacific and the Americas.